Robert Wagnon – CEO
Robert Wagnon is the founder, chief executive officer and controlling shareholder of Republic State Mortgage Co. Robert’s leadership of the executive team has steadily grown the company since its inception in 1994 from one office in Houston, Texas - home of its existing headquarters - to 35 offices in 15 states. In 2013, Inc. Magazine included Republic State Mortgage in its prestigious Inc. 500 list of the fastest growing privately held companies.

Robert serves or has served on the board of directors or the advisory board of the following institutions: Texas Mortgage Bankers Association; Houston Mortgage Bankers Association; Entrepreneurs Organization (EO); World Entrepreneurs Organization (WEO); Main Street Theater; Sterling Bank; and the St. Philips Episcopal Church of Uvalde. A seventh-generation Texan, Robert resides in Houston, Texas with his wife, Ellen Weingarten Wagnon, and two of their three sons, Joseph and Bennett. Their oldest son attends USC in Los Angeles. Robert enjoys traveling and adventures with his family and friends. For 10 years, Robert served as Cub Master, Assistant Scout Master and Scout Master for Pack 695 and Troop 354 in the Sam Houston Area Council of Boy Scouts of America.

Robert is an avid and passionate outdoorsman. He shoots skeet, trap and sporting clays weekly. In addition to fishing when and wherever possible, Robert loves to bird hunt at his ranch in Uvalde, Texas. Prior to his current professional career, Robert made his living in the outdoors by backpacking on fire watch through most of southern Alaska, the Yukon Territory and northern British Columbia for the U.S. Forestry Service and private forestry interests and also fished commercially for the better part of a year off Kodiak Island, Alaska. Robert spent two years in the Merchant Marine and was a Merchant Marine Staff Officer, serving as purser on the S.S. Independence out of Honolulu, Hawaii. 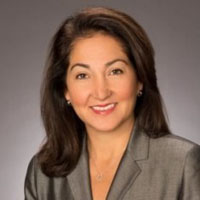 Paulina currently serves as the President of the Texas Mortgage Bankers Association (May of 2018 - April of 2019), where she has served on the board since 2011. She also has served on the Board of the Community Mortgage Lenders of America (CMLA) since 2011. While serving as Chair of the Board of CMLA, Paulina testified before the House Subcommittee on Financial Institutions and Consumer Credit in April of 2015 to call for Congress to streamline regulations for community-based mortgage lenders. In addition, she is a member of the Board of Trustees of The Women's Fund, a non-profit organization that provides Houston area women and girls with the tools they need to be advocates for their health and served as its Board President from 2015-2017.

Paulina has an MA from George Washington University and a BS from Auburn University. She is also an active member of the St. Vincent de Paul Parish and Catholic School. Paulina resides in Houston with her husband, Jim, their two daughters, Anna and Caragh and their son, Jack. 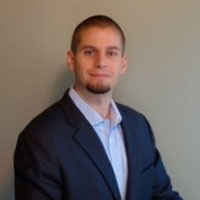 Dustin Lapresi – VP and Director of Capital Markets
Dustin Lapresi brings over a decade of experience in Secondary/Capital Markets to Republic.  He is a highly motivated employee utilizing technical and analytical skills to formulate and support management objectives.   In addition to being profit oriented, he has sales experience and great customer relations built on sound and personable communication. 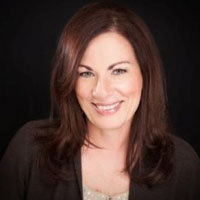 Donna Wright – National Production Manager
Donna has 30 plus years of experience, having helped lead both Fortune 500 and midsized mortgage companies. She successfully transitioned from originator to regional sales manager and national production manager at leading financial institutions, including Wells Fargo, Bank of America and others. She has also proven leadership in recruiting, building, motivating, and coaching teams and individuals. Donna has an outstanding reputation for building markets, generating revenue and driving profit to the bottom line.

Donna has a BA in Economics from the University of Dallas and currently resides in Austin. Her passions are spending time with her children, watching rugby, and travel. 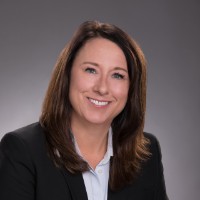 Susan is a true customer service and solution oriented Vice President of Operations with over 25 years of expertise leading teams in retail, wholesale, consumer direct and new construction lending environments and has been instrumental in the success of several retail/wholesale mortgage bankers and financial services organizations for 2 of the top 10 builders in the country.

Susan lives in Chandler, Arizona with her husband Rich and enjoys the sunny weather, hiking, bicycling, reading and spending time with her family. 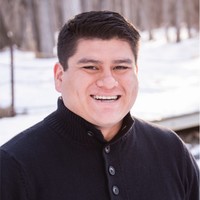 Ken Alcantara brings 7 years of experience in the mortgage industry as a mortgage servicing specialist and a compliance professional. He has been recognized as a leader and hard worker, earning him six promotions and numerous company awards.

Ken currently lives in Las Vegas with his wife, Megan and two children,  Sawyer and Sadie. He is highly competitive and enjoys soccer, volleyball, and softball. 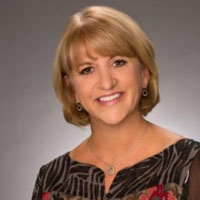 Ellen Brown - Controller
Ellen has been with Republic for over 20 years.  She has gone from processing loans to managing the funding and subsequent sale of all loans originated at the company’s 30 plus branch locations as well as the related accounting associated with the branches.

Ellen was born and raised in Houston where she still resides with her husband, Timbo.  They enjoy spending time with their children and grandchildren. 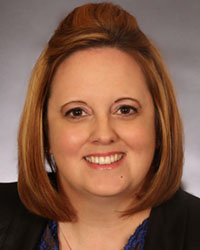 Joanna Shelton brings 15 years mortgage experience to Republic. Joanna is well-versed in compliance, software solutions, and operations, and has an excellent reputation for executing feasibility analysis, project collaboration and management, and streamlining efficiencies within software and process workflows.

Joanna serves on several committees with the TXMBA and is currently on the FWMBA Board of Directors. Joanna has a bachelor’s degree from University of North Texas, and currently resides in Arlington, TX with her husband and their two dogs – Tank and Buddy Mac. Joanna enjoys spending time with family & friends, travelling, and sharpening her Sabre fencing skills.